MAKING WAVES offers an exploration of the concepts of hydrocommons and hydrocitizenship, both essential to a sustainable interaction with water. Hydrocommons refers to the recognition of water as a commons; a joint resource that cannot be owned by anyone and is our common responsibility. Hydrocitizenship encompasses actions that citizens take to increase the acceptance of water as a commons. It results in active engagement with water governance, often in local communities, that is characterised by learning, negotiation and practice. The forum will translate both concepts into concrete examples and actions that can be applied in everyday life.

PANEL DISCUSSIONS
The first panel will dive deeper into water as a shared eco-social resource, exploring how we could allow water and its inhabitants their own rights and voices, and how this non-human knowledge can contribute to a more holistic approach to nature and a deeper awareness of its needs. The speakers in this panel are A Seat for the Sea, artist Sissel Marie Tonn, and artist collective De Onkruidenier.

The second panel focuses on urban and landscape design and governance. The panel will discuss how we could actively encourage a more sustainable way of interacting with water and how design and indigenous knowledge could play a role in inspiring equal water governance. The speakers in this panel are architect, urban designer and researcher Taneha Bacchin, artist and designer Esther Kokmeijer, and social designer Fides Lapidaire.

WORKSHOP
As part of the forum weekend, a workshop will also take place at Nieuw Dakota in Amsterdam on Sunday 31st July from 11:00-18:00, hosted by Thanyawan Eamsonthi. You can find further information about the workshop and book your tickets here, or buy a combined ticket for the panel discussions and the workshop via the link below.

This forum weekend is a collaboration between Still Waters Run Deep and RADIUS CCA.
Still Waters Run Deep is an exhibition about the interaction between humans and water curated by Marlies Augustijn, taking place from 26 June until 7 August 2022 at Nieuw Dakota in Amsterdam-North. For further information about the exhibition, visit Nieuw Dakota’s website.

A Seat for the Sea is composed of Greet Brauwers and Raf Custers. Greet Brauwers (BE) is a journalist, researcher, filmmaker and artist. She has a master's degree in audiovisual arts, KASK. She is the author of several documentaries including 'Bruxelles-Kinshasa', 'Do You Copy Me?', 'Torture in Baraka', 'Marrying across the border' and 'Lithium, curse or blessing for Bolivia'. In 2005, she joined the alternative media platform Indymedia.be. Since 2017, she has been working at the intersection of documentary, anthropology and visual arts. Together with Raf Custers, she is working on the artistic research project 'A Seat for the Sea', which will result in the transmedia project 'Re-Pulse'. Raf Custers (BE) is historian, writer, doc-maker, singer-performer and journalist. He initiated and/or participated in public interventions a.o. ChoeurFew, Bru(i)tal and Oslo. For Melancholy at the 5 blocs he did the dramaturgy. He makes visual work at the graphic arts studio of the academy of Anderlecht.

Taneha Bacchin is an architect, urban designer and researcher working at the intersection between urban design, landscape architecture, and environmental sciences. In her projects and teaching, she investigates the nexus between space, ecology, culture, and politics in the design and planning of critical and highly dynamic landscapes. Her current work focuses on situated (site/context/culture-sensitive) forms of urban design related to environmental fragility.

Thanyawan Eamsonthi is a service designer working at Philips Experience Design in Amsterdam. Before joining Philips, she was working for three years in the social enterprise sector in Thailand–helping NGOs, small communities, and social enterprises to bring important societal issues into the attention of the public. Eamsonthi believes her power as a service designer is to bring a meaningful solution to the people and the planet through a design thinking process.

Esther Kokmeijer is an artist, explorer, designer and photographer. She mainly focuses on the Global Commons; the earth’s shared natural resources, such as the high oceans, the atmosphere and outer space and the Antarctic in particular. Recurring questions in her work are: How do myths and sagas express and shape mankind’s relationship with nature? What can we learn from indigenous knowledge systems?

De Onkruidenier is an artist collective founded in 2013 and the team consists of Jonmar van Vlijmen, Rosanne van Wijk and Ronald Boer. The collective investigates historical, cultural and potential transformations of nature and its potential to evolve humans. They do fieldwork–often in conjunction with audiences–collecting plants, the stories and histories associated with them. As ecosystem futurists, they speculate on aquatic culture to arrive at new interpretations of the relationship between humans and (urban) nature, both above and below sea level.

Sissel Marie Tonn is a Danish artist based in The Hague. In her practice she explores the complex ways humans perceive, act upon and are entangled with their environments. Her work always returns to the question at the core of ecological thought: Where do we perceive our bodies to end, and the environment to begin? Sissel is fascinated by moments of awareness and shifts in perception, where the boundaries between our bodies and the surrounding environment begin to blur. 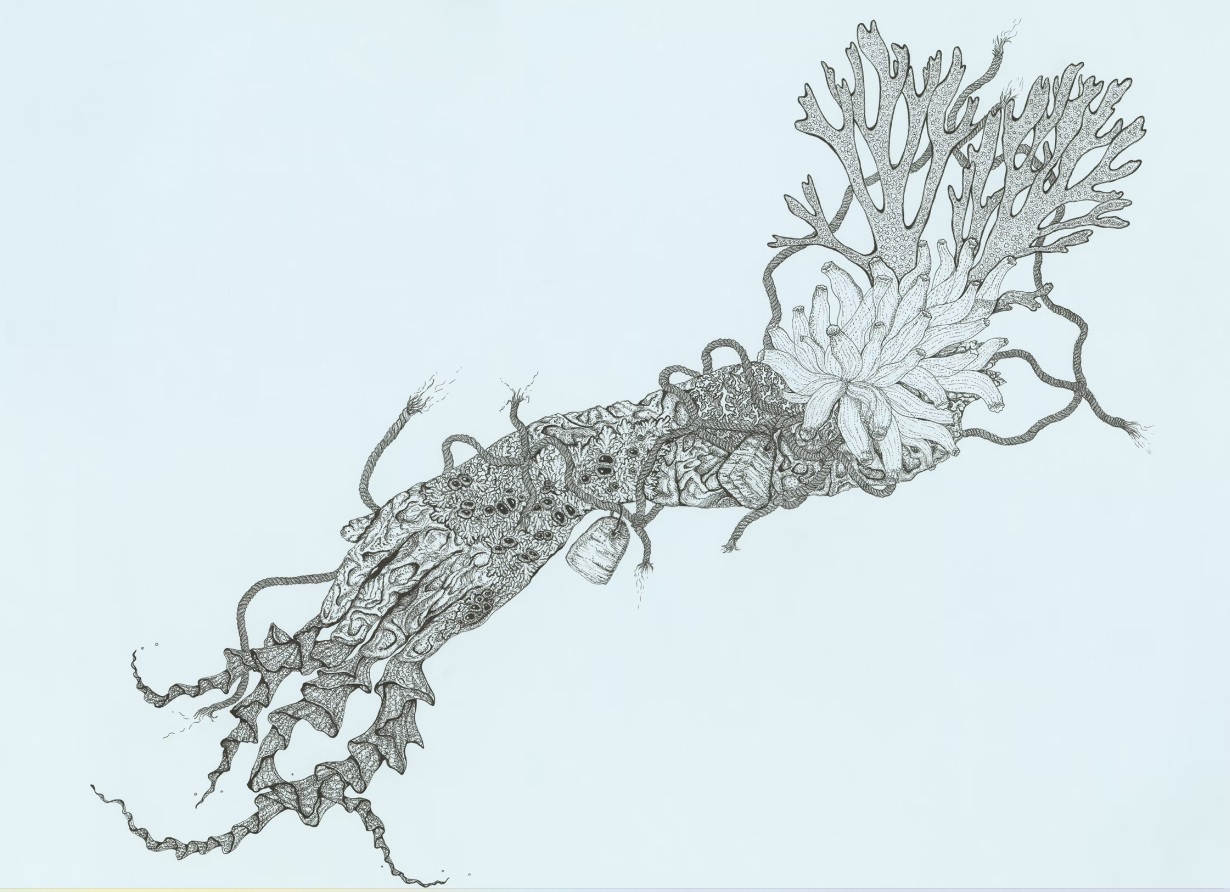